Power of the Sun. Dirt Cheap. 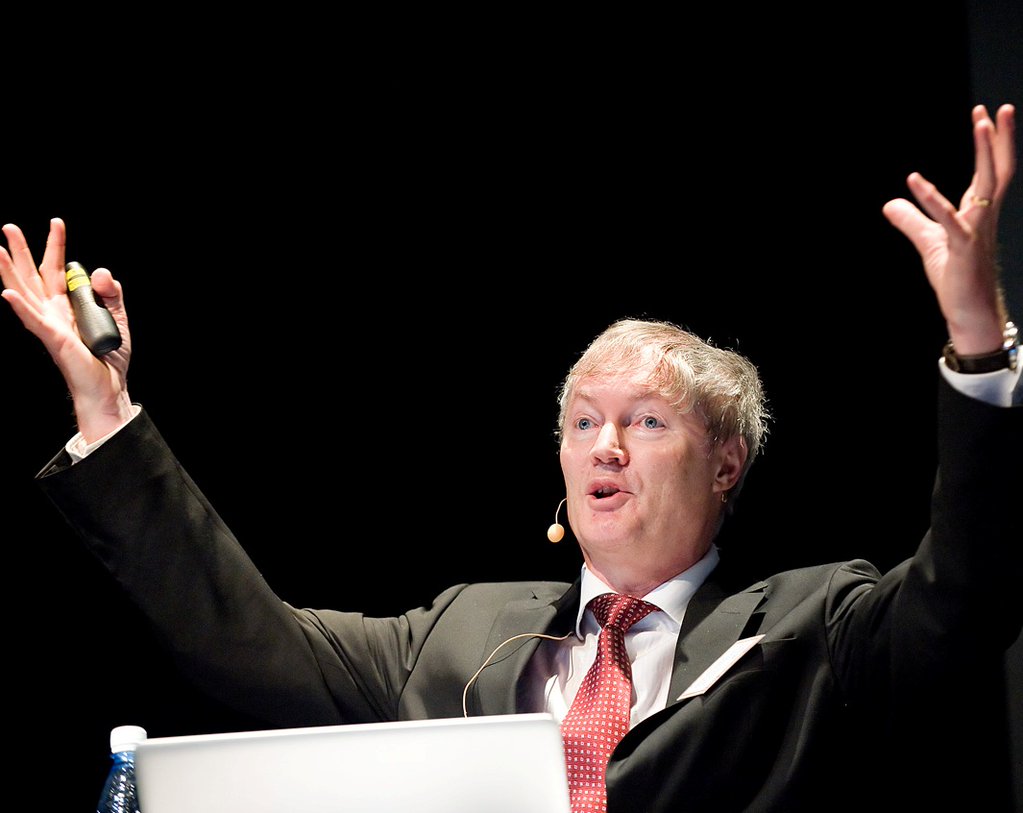 In the late 1980s, the German-born chemist Michael Grätzel literally tied his name to an invention that is hailed as a revolution in renewable energy.

Artificial photosynthesis is a term often used to describe this technology. A professor at the Ecole Polytechnique fédérale de Lausanne (EPFL), Grätzel has an impressive catalogue of honours that include a Millennium Prize, the top global award in technology. Thomson Reuters listed him among the most influential scientific minds of 2015.

What is the difference between a conventional solar cell and a Grätzel cell?
Traditional photovoltaic cells are made of silicon crystals. It’s a solid-state system based on a semiconductor, very much like the transistors we see on a computer or radio. When light hits the silicon, it produces electrons and also works as a conductor for them. The movement of electrons creates an electric current.

Instead, DSSCs mimic the natural process of photosynthesis by using dyes to capture light and produce a current in a semiliquid gel, just like a leaf does.

A green leaf is like a miniature solar field. We know from school that the first step of photosynthesis is a photoelectric event in which pigments, such as chlorophyll, react with light and produce the electrons. These are transported to other molecules that ultimately reduce CO2 and water to sugar and oxygen.

DSSCs follow the same idea: they contain a dye that reacts with light and produces electrons that flow to other molecules in the gel. Instead of doing photosynthesis, they end up at an electrode, generating an electric current that we can use. The whole system takes place inside a transparent glass or plastic.

What are the pros and cons with DSSC?
In standard conditions, they are still less efficient than silicon cells.  However, in cloudy conditions and diffuse light DSSCs are three times more effective, which makes them ideal for indoor use, even with artificial lighting.

DSSCs are also transparent and can be made in different colours, so you can replace windows with stained glass that produce electricity. They are creating a market for many new applications.

Where have they been used?
The first product to be commercialised was a backpack powered by DSSC cells. Our Convention Center in Lausanne has a façade made with DSSC panels produced by the Swiss company Solaronix. An Australian company, Dyesol, is working with the Turkish government to scale up the production of renewable energy with DSSC.

Another Swiss company, G2E, set up a huge DSSC installation for the Austrian pavilion at the 2015 World’s Fair in Milan. My wife and I went there this summer. It was our birthday, we were born the same day, and she’s also a scientist in my group. We saw “our” solar panels capturing the Italian sun and transforming it into electricity to charge a car. It was a very moving moment for us both.

Who owns the patents on this technology?
There are hundreds of patents on DSSC technology today. The EPFL, where I work, owns about 60. In 1988, we registered the first patent on DSSC and in 1993 the EFPL signed the first licence agreement.

The patents are licenced to companies on a non-exclusive basis. This decision was difficult at the beginning. Licencing was widespread in the US but there were few or no examples in Europe, where people just sold their patents.

The French government has recently announced a project to cover 1,000 kilometers of roads with solar panels . What do you think about it?
It strikes me as a crazy idea. The panels will need protecting if cars and lorries are to pass over them. I suspect that the maintenance costs alone will be prohibitive. Isn’t it just simpler to make many solar fields?

I think policy-makers should be more mindful about the feasibility of their projects, otherwise they could jeopardise the entire sector.

Five years ago, the Spanish government suddenly stopped subsidising solar energy which had been an ambitious programme that was meant to last longer. But the money ran out. Because of this failure, many companies went broke. It brought about a crisis that threatened the whole solar industry.

The interview continues! Read on here.