Is your home healthy? Ask the DNA 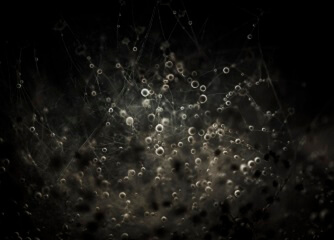 Usually associated with humid and sordid slums, mould is a frequent finding in wealthy homes too. Even the fanciest buildings may harbour hot spots where fungi and other microorganisms subtly proliferate, triggering problems that range from unpleasant smells to severe sickness.

Miia Pitkäranta, a Finnish molecular microbiologist, pioneered the use of DNA investigations to identify and study indoor microorganisms during her Ph.D. at the University of Helsinki. She later became a practitioner in the building industry, specialising in indoor air quality.

Pitkäranta is a member of the International Society of Indoor Air Quality and Climate (ISIAQ) and has contributed to updating the national guidelines on air quality in Finland. youris.com asked her about the fascinating world of microbes in buildings, their impact on our health and how DNA technologies are becoming a tool to improve the air quality of buildings.

Which communities of microorganisms live in our homes and offices? Which of them need more attention?
Of course, it’s okay to find microorganisms in any building. Some come from outdoors, and many are yeasts or bacteria that are symbiotic with the users themselves or their pets. Nobody expects to live in a sterile environment. Problems arise when some microorganisms grow excessively. One of the first signs we look for when we investigate a building is the presence of mould and moisture because they are usually associated with microbial hot spots.

In a dry environment, microbes tend to lay dormant in the dust or on the surfaces. Dust is dirt, but it will go away when you ventilate or clean. Mould and moisture hot spots are entirely different ecosystems. Whereas dust is basically a collection of microorganisms that are already found in our bodies and in the outdoor dust, hot spots contain a few types of filamentous fungi, yeasts and bacteria that proliferate in moisture.

What problems are associated with indoor hotspots?
We have over 100 years of research showing that moisture and mould in buildings correlate with sickness. Many studies have associated them with asthma. I would say that asthma is the most studied symptom because it’s easier to identify. Other warning signs, such as eye irritation or dripping nose are even more widespread, but they are harder to quantify and record. There may be several mechanisms involved: direct toxicity, irritation, allergies.

However, it’s difficult to establish a clear cause and effect relationship, because the symptoms are also common to many other pathologies. Some research has linked moisture and mould to a series of non-specific symptoms: headaches, fatigue, dizziness, neurological or autoimmune disorders. We definitively need more research on the topic.

The term sick building syndrome (or SBS) was once used to include many health conditions linked to living indoors, but SBS is not considered an existing entity anymore. Today we believe there is not one syndrome associated with buildings as such, but rather a wide variety of agents and individual sensitivities that create an array of possible symptoms. 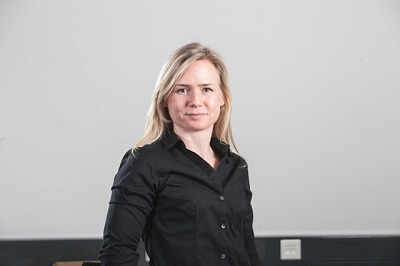 How can DNA be used to identify indoor microbes and what are the advantages?
The standard way to analyse a microbial hot spot is to take samples from it, cultivate the organisms in the laboratory and identify them with a microscope. One problem with cultivation is that you select only those species that can grow in the laboratory, and you lose the majority of the original biodiversity. By looking at the DNA instead, we identify directly which genomes, and therefore which species, are present.

DNA methods are faster than cultivation – they take days instead of weeks – and are non-selective. Another advantage of DNA methods is that they discriminate between single species, whereas with cultivation we usually identify microbes at the genus level, and each genus may include dozens of species. Today we know, for example, there are a lot of interesting species in indoor moulds that were underestimated with cultivation studies. As for any ecosystem, it’s important to know as much as possible about the diversity of species to understand how the community functions.